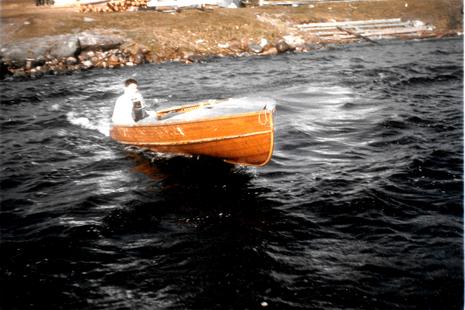 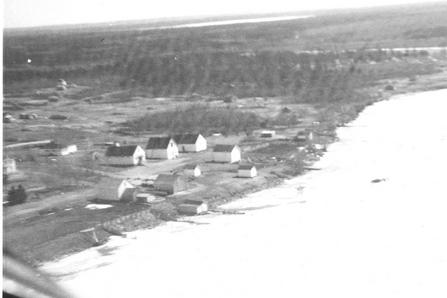 On leaving school, I started work with a small ship-owning company in Edinburgh which also acted as the Royal Swedish Consulate in Scotland.  My duties involved learning about Customs Duties and Entry requirements for both imports and exports and the handling of ships Manifests and Bills of Lading.  This gave me an excellent foundation in basic paper-handling and filing procedures since Bills of Lading are Documents of Title and must not get misplaced.

After eighteen months, I felt that I had mastered these skills sufficiently to permit me to seek new and more exciting work.  I applied to the Hudson’s Bay Company (HBC), to work in their Northern Stores Department in Canada, and within two months, just prior to my eighteenth birthday, I was based in Northern Saskatchewan working to serve a community of Canadian First Nations peoples.  The small settlement was Portage La Loche with about 1600 people from the wider locality being served by that store.  That township has developed over the years and now has around 3,000 souls living in the area.  I enjoyed that environment immensely and learned a considerable amount about Retail Store Management since the Hudson’s Bay Posts all had a very significant social duty to provide virtually all goods and materials which such small remote communities needed to survive.  For example, we provided a full range of fuels such as kerosene/paraffin, naphtha and gasoline, as well as all tools plus axes and saws for forestry and D.I.Y. tasks plus all clothing, both summer and winter, with blankets and bedding and of course, all food supplies and hunting equipment such as rifles, ammunition and traps.  On one exciting period, I had to fly 75 miles in a small plane over a forest fire towards the Alberta border to take supplies to a team of Fire Fighters.The store had two large warehouses since many of the goods could only be transported in during the winter months when the lakes froze sufficiently to permit trucks to convey large volumes of such supplies.    Some photos may help you to appreciate this location and employment:

From top left:  My first sight of La Loche from a Cessna 180 with the stores and warehouses being the prominent buildings near to the lakeshore;   Me at the front door of the Hudsons Bay Store, La Loche;   Me about to go hunting down the lake a bit;   Me going fishing out on the lake; and finally, a small convoy of trucks in the winter delivering supplies for the store.

The Indian tribe with which I was stationed   (the Chipewyan - now known as the  Dene [the People] )   are known to be genetically linked to the Navajo and Apache tribes much further south, and I found them to be very friendly so that I soon became friends with many of the young men and we would go out hunting together since, there being no possibility of farming in their homelands, they needed to hunt and fish daily for mere sustenance.  Regrettably, after nearly two years, news from home forced me to return at that time to Scotland.

Once home, and whilst attending to the particular family problems,  I lost my father to a sudden unexpected  heart attack caused by DVT.  He and I were alone one evening and it ended with him dying in my arms before help could arrive.   Once I recovered from that shock, and still feeling adventurous, I obtained some military training with the Parachute Regiment and gained some experience with them in the field during a period in Cyprus. My earlier Canadian experience of hunting with my Indian friends also led to me receiving recognition as a marksman.   After two years, whilst I had enjoyed this experience, I still felt that it did not provide me with the future I was seeking, so I returned to Canada as a landed immigrant, by which time, I was married and the father of a lovely daughter.

On settling in Edmonton, Alberta, I initially took any work on offer so, being fit after my stint with the army, I was soon working as a labourer in a steel stock yard in the city which supplied drill bits and piping to the various oil-drilling operations to the North. Being willing to work and to learn new skills, I was taught how to use oxy-acetylene cutting equipment and how to mechanically saw and drill holes in heavy gauge steel plates.

Shortly afterwards, I was fortunate to be offered a role as a trainee Industrial Cost Accountant within the Owens Corning Group which was engaged at that time in the development of patents for glass fibre insulation.  Soon, I was working on accounting analysis of chemical formulations as these were produced, batch-by-batch, whereby each costing had to be produced to an accuracy level of 5 decimal points of one cent.  This degree of accuracy was necessary since it was anticipated that huge volumes would ultimately be manufactured, so precision in costing was vital.  I enjoyed the rigours of this work, however, the potential for relatively rapid increases in one’s wages were fairly limited, so after another eighteen month period, I sought a new employment.

I was again fortunate that an acquaintance I met in Edmonton had felt that I had significant potential, so he put my name forward with an organisation which at that time, was the sixth-largest company in the world.  I was lucky to be hired by them and to receive training in Office and Credit Management procedures, which I readily mastered.  Within six months, I acted temporarily in a regional management position, having in the interim, turned around a particular store which was their worst performing branch in Canada.  After my promotion, I was then dispensing credit to industry partners to a level equivalent to around $400 million in today’s terms.  Just as things looked so promising for us, however, again illness at home, this time within my wife’s family, led to us having to return to Scotland.

Back home, and using my various Canadian accounting experiences I was soon able to get a few job offers.  So it was that I became the Senior Building Estimator for Limmer & Trinidad in Scotland.  This role required me to specialise in mastic-asphalt waterproofing to roofing and the foundations of buildings as well as factory-flooring where a hard-wearing surface was necessary. Eventually, I achieved recognition within the Limmer Group and when this job came to an end after that company was taken over by the Tarmac Group, the newly enlarged Group asked me to consider assuming the Senior Estimator's position based in Croydon, London and covering the entire United Kingdom because of some of the major contracts my estimating work had achieved for Limmer & Trinidad such as the roofing of Ice-Cold Storage Factories for a Danish Group throughout the United Kingdom. However, for family reasons, I declined to accept that position.

After that employment, I was soon running a very busy office of a Ship-Owning Company engaged in the short-sea traffic between Forth Ports in Scotland and Belgian, Dutch, Danish, German, Italian and Portuguese Ports.  As well as controlling the formidable amount of paper-flow and accounting information, I was also involved in capital budgeting operations for the development and building of their own specialised LPG fleet of Tankers to transport LPG from Italy to ICI in Middlesbrough, LPG being Liquid Petroleum Gas.

It was at this time in my career that I began to recognise that without additional higher education and qualifications, my prospects would always be limited,  so, I started a night-course at the Edinburgh College of Commerce whilst still working with the shipping group.

Before I completed that college course, I was offered a position with the second-oldest Investment Trust Company in Scotland.  They asked me to act as their internal Company Accountant – a role which I enjoyed, and which led me into direct contact with Investment Analysts for the first time.  As this job progressed, however, my college course was soon successfully completed and with the resulting grades from my studies, I was offered places at two universities for the type of degrees which fitted well with my ambitions, so, I felt compelled to take that next step to fulfil my professional potential. 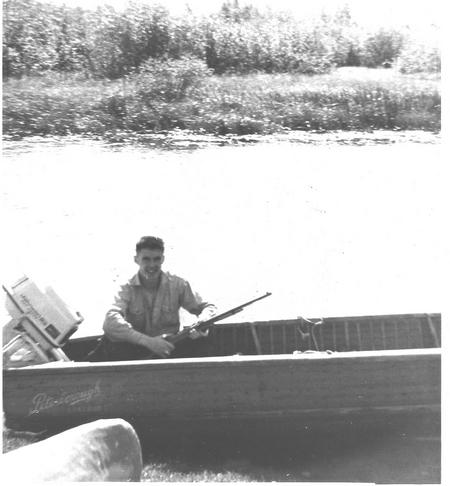 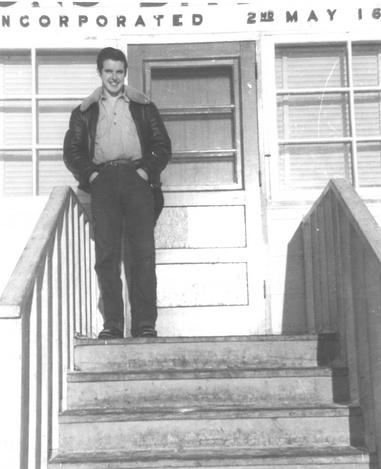